With the signing of a cooperation agreement between the Albert Einstein Discovery Center Ulm e.V., the Hebrew University Jerusalem and the inter-national rights agency Greenlight, the Ulmer association may now officially use the name Albert Einstein. “For us this is an important milestone in our project. The cooperation with the Hebrew University is an essential compo-nent of our project. And via Albert Einstein’s official Facebook page, which is maintained by Greenlight, we can now reach around 19.5 million follow-ers around the world,” says Dr. Nancy Hecker-Denschlag, Chairwoman of the Albert Einstein Discovery Center Ulm e.V., who is delighted with the new cooperation. The cooperation agreement was initiated with the active support of Jens Burkert, managing director of the Ulm agency Burkert. He is not only responsible for the brand appearance of the association, but also brought his own trademark right for the design of the association’s T-shirts into the contract.

“In addition to the cooperation with the Hebrew University, home of the Einstein Archives, the Discovery Center and Ulm will also benefit from cooperation with other like-minded institutions around the world. The collaboration will also lead to broader research collaboration between the two universities and help build cultural bridges between Ulm and Jerusalem,” said Dr. Nancy Hecker-Denschlag.

It was also agreed that the communication of the Albert Einstein Discovery Center Ulm e.V. will in future be supported via the official Albert Einstein Face-book page, which is managed by the rights agency Greenlight. This will also benefit the crowd finding campaign “A Stone for Einstein”, where donors who donate 100 euros or more will receive an original stone from the house where Albert Einstein was born, which will be displayed on a high-quality presentation board. “Albert Einstein is one of the most famous people of all times. We are sicher therefore that many, which know and appreciate its inheritance, would like to make gladly a contribution to develop the Discovery center”, explains Dr. Nancy Hecker-Denschlag. Therefore the action, which started first regionally and collects since summer also European Union far donations, is to be communicated already soon world-wide actively.

About the Albert Einstein Discovery Center Ulm e.V.
Albert Einstein was born in Ulm on March 14, 1879. The city commemorates Albert Einstein again and again in various and diverse ways. However, Ulm, as Einstein’s birthplace, has so far lacked a public institution that adequately honors the most famous physicist of all time and the city’s most famous son. The “Albert Einstein Discovery Center Ulm e.V.” wants to change this. The association was founded in September 2016 by citizens from Ulm and the surrounding area. In addition to Dr. Nancy Hecker-Denschlag as first chairwoman, Prof. Dr. Joachim Ankerhold from the University is also on the board as second chair. The association has set itself the goal of creating a public institution that makes Einstein’s significance for science and technology in everyday life tangible for citizens in the form of a world of experience. The project envisages a facility that presents a comprehensive, modern, interactive and multimedia show on the life and work of Albert Einstein in connection with the history of Ulm, Einstein’s theories in current technology and the implementation of technical phenomena in experiment stations in the Science Center. 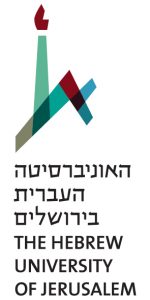 About the Hebrew University
The Hebrew University of Jerusalem was founded in 1918 and opened officially in 1925.Today, with Professor Asher Cohen as President, the Hebrew University of Jerusalem boasts 6 campuses, 11 faculties/schools, 25,000 students and 6000 academic and administrative staff members. Amongst its faculty, academic affiliations, and graduates the University counts 8 Nobel Prize laureates. Founders of the University include, Martin Buber, Chaim Nahman Bialik, Chaim Weizmann and Albert Einstein, who bequeathed his intellectual property, including manu-scripts, scientific and personal correspondence, to the institution. The Albert Einstein Archives, the permanent repository of this cultural asset of universal importance, is located on the Edmond J. Safra Campus, in Jerusalem.

The Albert Einstein Discovery Center Ulm Association makes every effort to assure that all information on this website is complete and correct. In the case that we have made an error, please let us know so that we can quickly correct it. We appreciate your feedback.